The challenges facing children in Louisiana did not arise all at once, nor can they be solved by any single organization or sector. To create large scale, lasting solutions for our state’s systemic problems, nonprofits, businesses, communities, educators, policymakers, and ordinary citizens must work together to achieve colleactive impact. This is what Truly Thrive is all about.

So just what is collective impact? It is defined as a commitment from a group of diverse, cross-sector leaders to a common agenda in order to solve a specific social problem, using a structured form of collaboration. The concept of collective impact was first articulated in the 2011 Stanford Social Innovation Review article "Collective Impact", written by John Kania, Managing Director at FSG, and Mark Kramer, Kennedy School at Harvard and Co-founder of FSG. Across the nation, this type of work is being utilized to create social change in diverse regions and socio-economic landscapes.

Additionally, Truly Thrive uses the Five Promises, a proven framework for anticipating and meeting the needs of children in order to reach adult success. This framework, created by America’s Promise Alliance, acts as a foundation for all collaborative initiatives and sets a standard for providing quality services for children in Louisiana.

The Five Promises is a framework put forth by America’s Promise Alliance outlining five resources that all children need in their lives to be successful. Based on highly regarded research from the National Promises Study, The Voices Study, and Investing in our Young People, when children have at least four of the five promises consistently in their lives, their chances of success are greatly increased and the risks of failure are greatly mitigated. Children who enjoy the cumulative and sustained effect of these promises in various contexts of their lives are far more likely to be academically successful, civically engaged and socially competent, regardless of their family’s socioeconomic status. 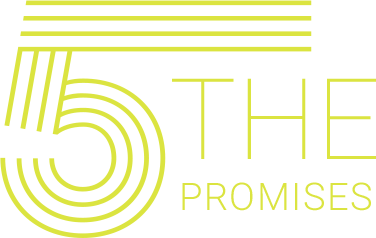 Caring adults are the centerpieces of children’s development. They serve as guides, caretakers and advisers, who give positive and productive guidance throughout their development.

To develop intellectually and emotionally, young people need physical and psychological safety at home, at school and in the community. Without such “safe places” – environments that support and encourage inquiry, exploration, and play without fear of harm – children aren't able to get support, form positive relationships and concentrate on school.

Children grow and learn better when they are born healthy and practice healthy habits throughout childhood, including proper nutrition and exercise, and have access to high quality learning opportunities. Healthy and well-nourished children are more able to develop their minds and bodies as they should, and they are far more capable of concentrating, learning and thriving throughout their school years.

Our increasingly knowledge-driven world demands people who have the education and skills to thrive in a competitive marketplace, and to understand the increasingly complex world in which they live. That means that in order to compete and succeed, all young people will need an effective education that prepares them for work and life.

5. Opportunities to Help Others

Through service to others and community, young Americans develop the character and competence they need to be helpful, hopeful and civically engaged all their lives, regardless of their own life circumstances. The chance to give back teaches young people the value of service to others, the meaning of community, and the self-respect that comes from knowing that one has a contribution to make in the world.